We Can Act Now 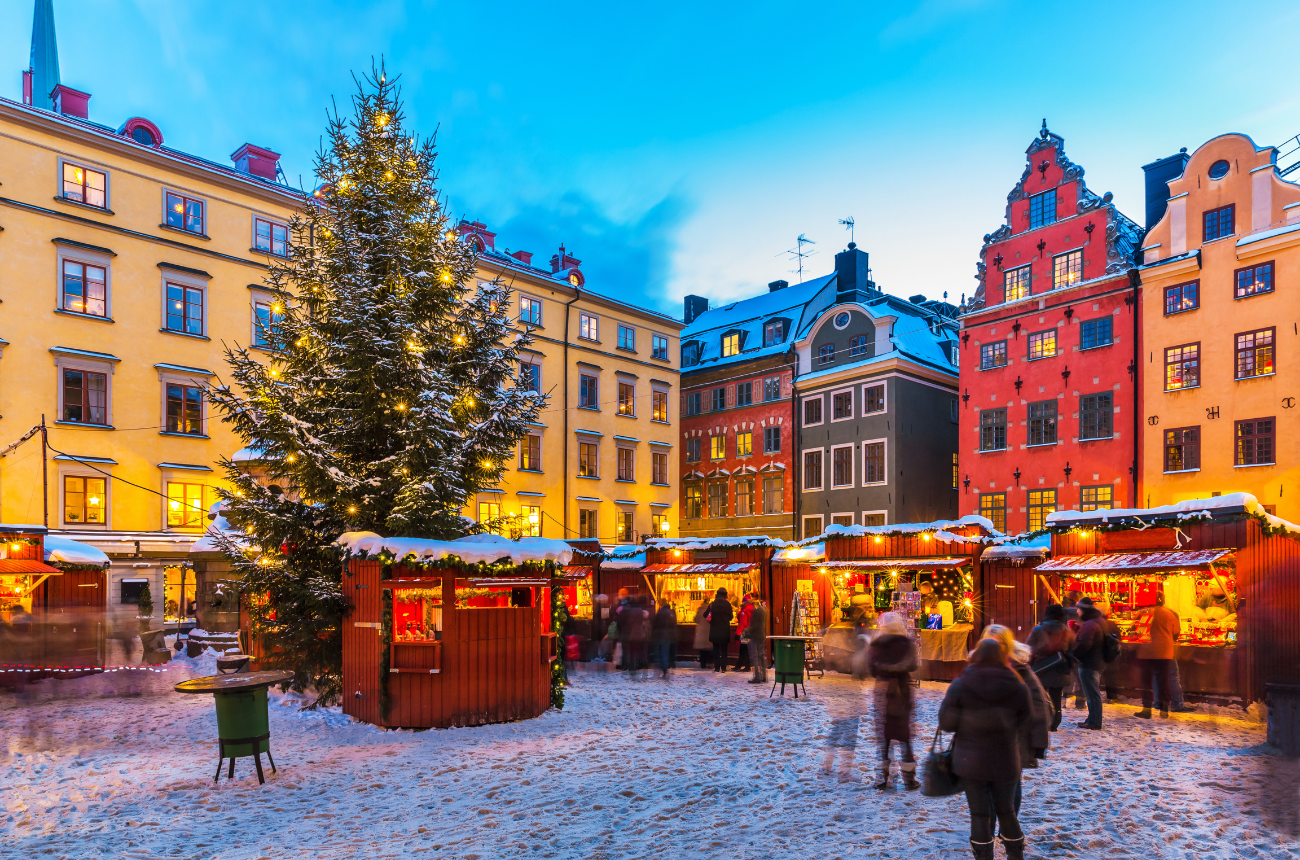 Winter is upon in the East, and this weekend will be lots of snow and cold. Many complain at this time of year, but I wonder, winter for me, is a time to slow down, to think more about whether or not I want to drive, and just to be.

A dear friend sent me this article in the New York Times on Kristianstad. The city has crossed a crucial threshold: the city and surrounding county, with a population of 80,000, essentially use no oil, natural gas or coal to heat homes and businesses, even during the long frigid winters. It is a complete reversal from 20 years ago, when all of their heat came from fossil fuels. It generates its energy from biogas, a form of methane, using all of its waste products from agriculture, its landfills and so forth, to generate its energy. Kirstianstad didn't create a new industry, it closed the loop, although a significant infrastructure investment was initially required, Kristianstad has gone further, harnessing biogas for an across-the-board regional energy makeover that has halved its fossil fuel use and reduced the city’s carbon dioxide emissions by one-quarter in the last decade.

The start-up costs of the centralized biomass heating system cost $144 million, including constructing a new incineration plant, laying networks of pipes, replacing furnaces and installing generators. The payback has already been significant: the city now saves approximately $4 million each year to heat its municipal buildings rather than it would spend if it still relied on oil and electricity. If the costs of GHG emissions was factored into its savings, they would be even more each year, as we are still far away from having the real costs of production included into the costs of doing business.

So what is stopping us, why do the United States and Canada at the national level drag their feet and resist embracing what is clearly the emerging new economy and social innovation of the future? Reduce your input costs, control your output costs, both of which are going to become increasingly more expensive, now and get a jump start on your competitors.

How to Save the World 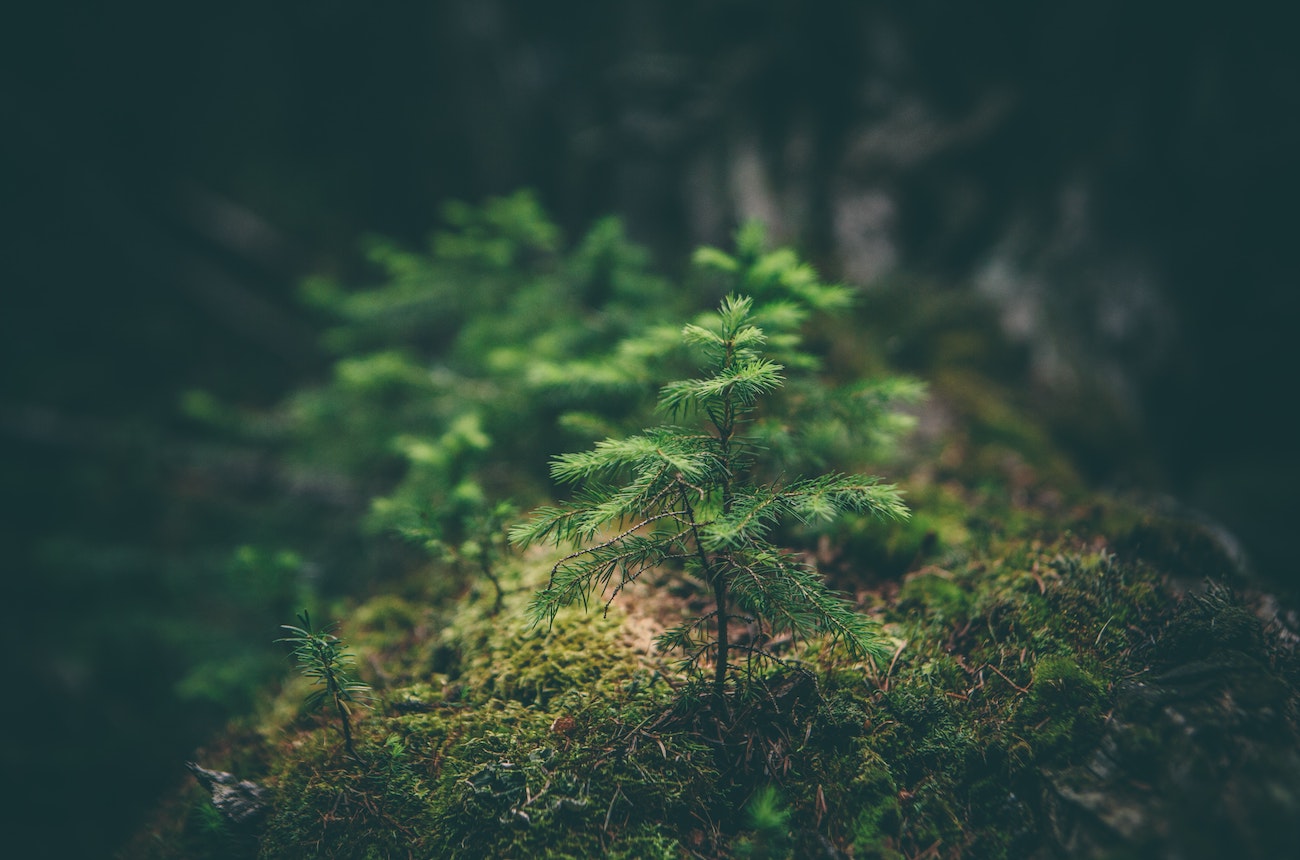 This grey, dreary day in Ottawa has made me think about some of my earlier posts, our failure to communicate the urgency of environmental issues, and to spur people to act now. This video by Victor Frankel, a concentration camp survivor, who wrote Man's Search for Meaning, has a key message. I read this book in my early twenties, which gave me the tools to transcend the tragic loss of a wonderful human being in 1998. Combined with the lessons in this second video, maybe we can change the world. 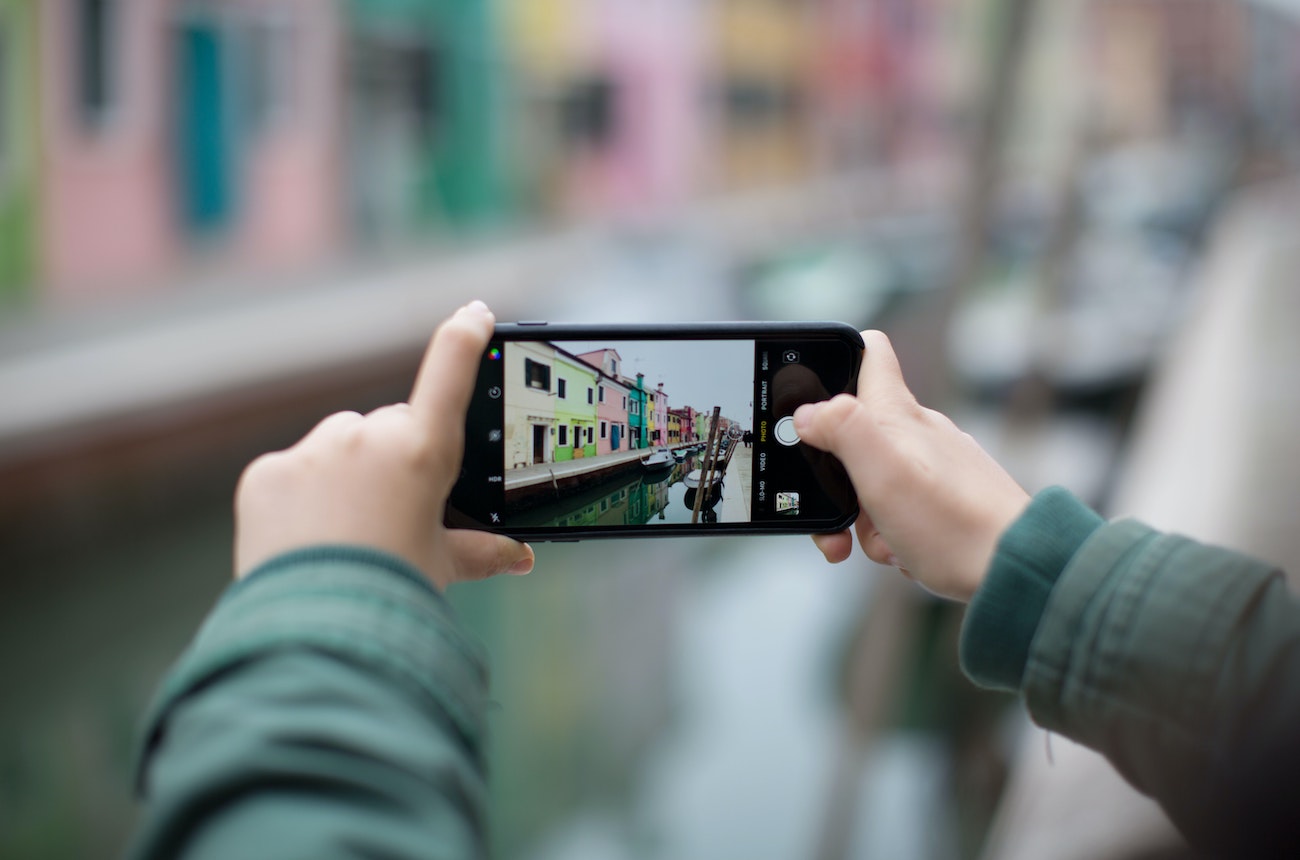 This amazing, empowering video shows how web video is changing and can change the world, using the ideas of crowd, light and desire. Desire is the critical key and together they form a lethal combination (medium) to attracts people to new ideas, simply invite the crowd, turn up the light and build the desire. Based on a new paradigm of openness, millions of people could be empowered to change the world. The speaker reminds us that the dark side of the world allergic to the light, so how can we use this concept of crowd accelerated innovation for sustainable community development? I throw that challenge out to all of us. Innovation comes from groups, social innovation does not happen without collaboration, a picture, music file, software, under-reported significance of the rise of on-line video, share talent digitally. Its conclusion is one of the powerful visions of how we can remake our world sustainably. 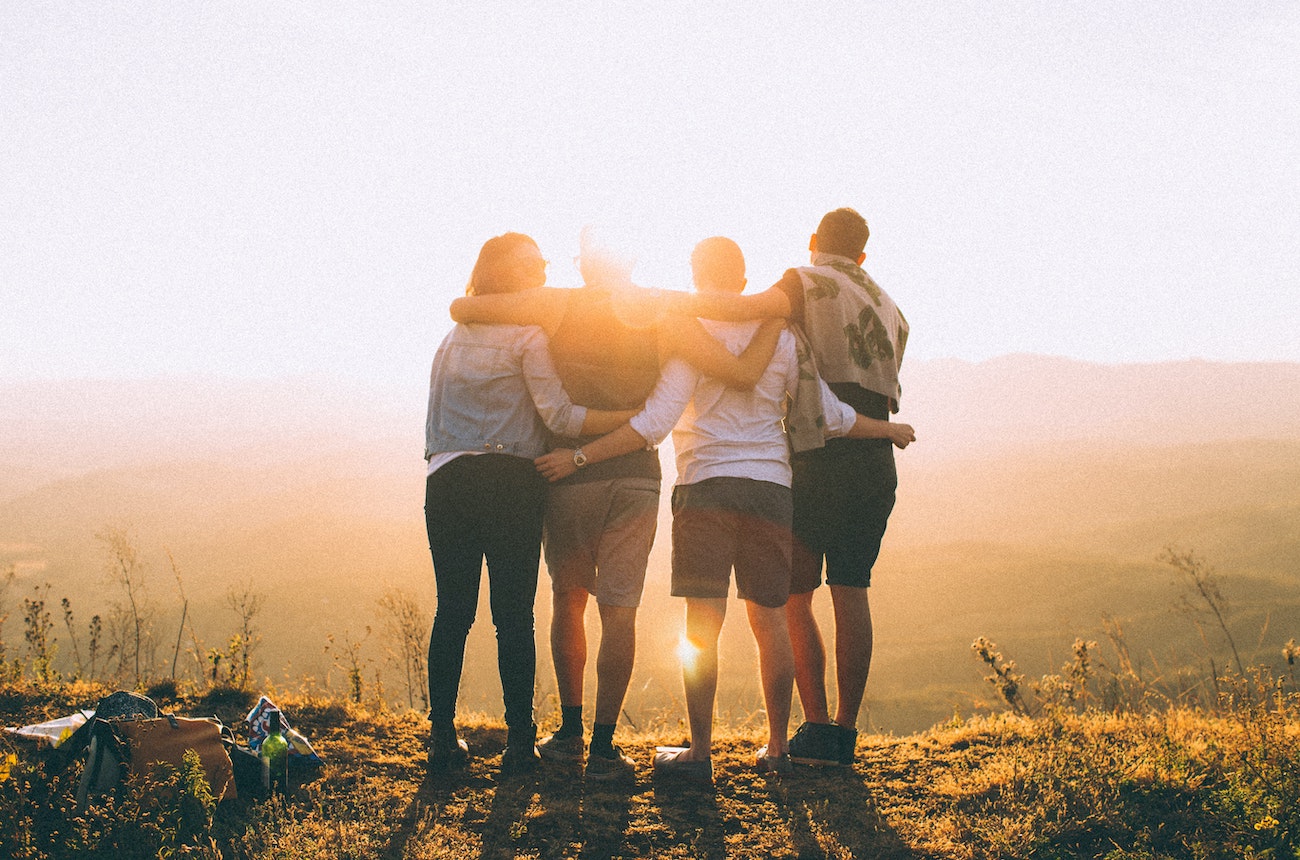 When I started my social capital research over four years ago, my purpose was to try and discover how to use network formation before a crisis to try and mobilize action around environmental issues. We humans are an odd species, in spite of our language, our ability to predict, we seem to respond best to crisis, especially when we can't see, feel or smell them until it is too late, climate change being one of the big ones. This video is a wonderful in terms of explaining how network formation could be used strategically for social change. It also relates to my theme of how to communicate in a meaningful way, what is happening to our world. I would very much appreciate your ideas on how to advance this as a meaningful strategy. 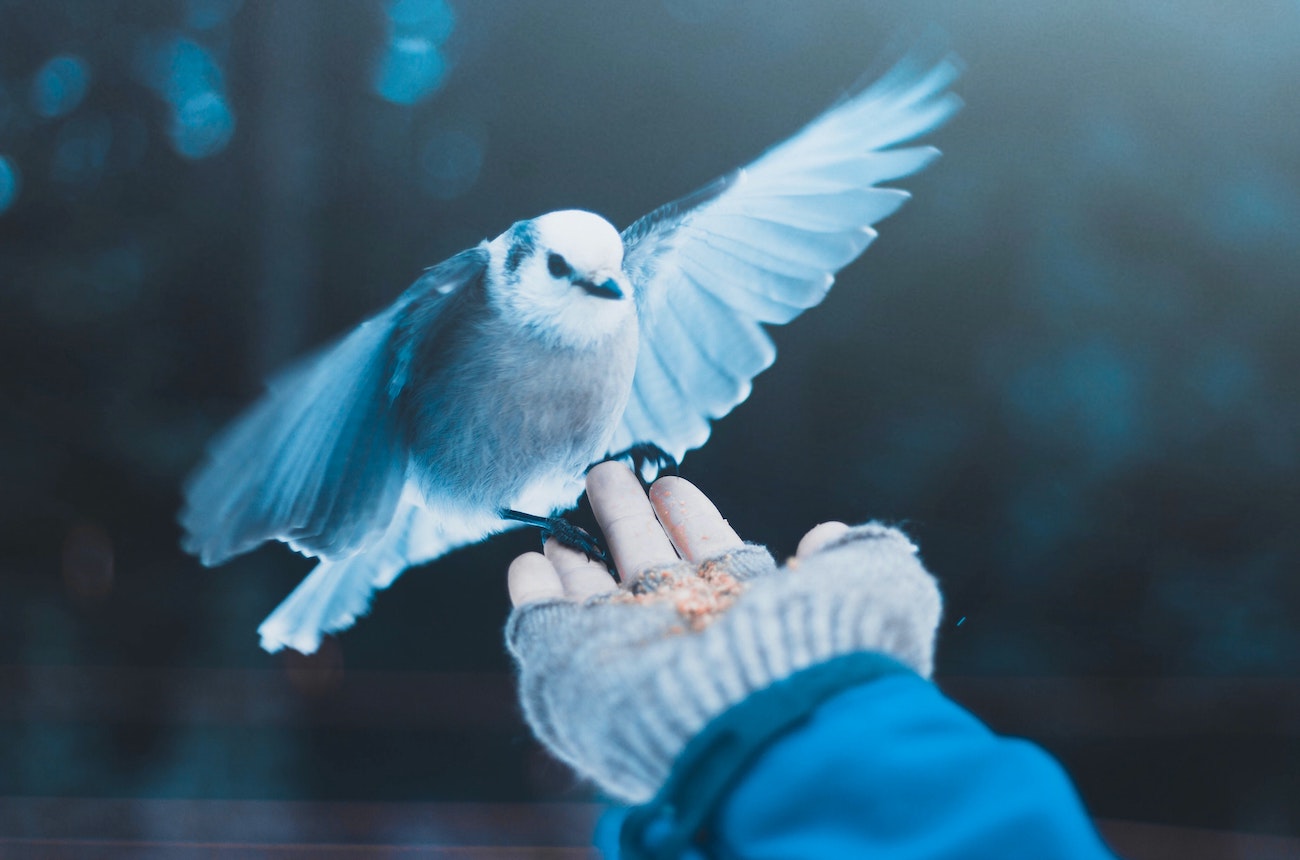 Came across this video, once again from one of my wonderful students, about human beings naturally being empathic creatures. Perhaps by revitalizing our natural empathic tendencies to extend to other species and the earth, we can move more quickly to reduce our impacts on the climate. The question is, how? One of the most important ways, I believe, is to reinvigorate the public sphere through dialogue, we have to start talking about what is important to us, as humans, to our community and for our children's future.  How do we make it a national dialogue?

The other thing I love about this video is the animation, how the arts came in, and for some reason, I paid far more attention than if it was just a person speaking, lots of stuff here for educators. 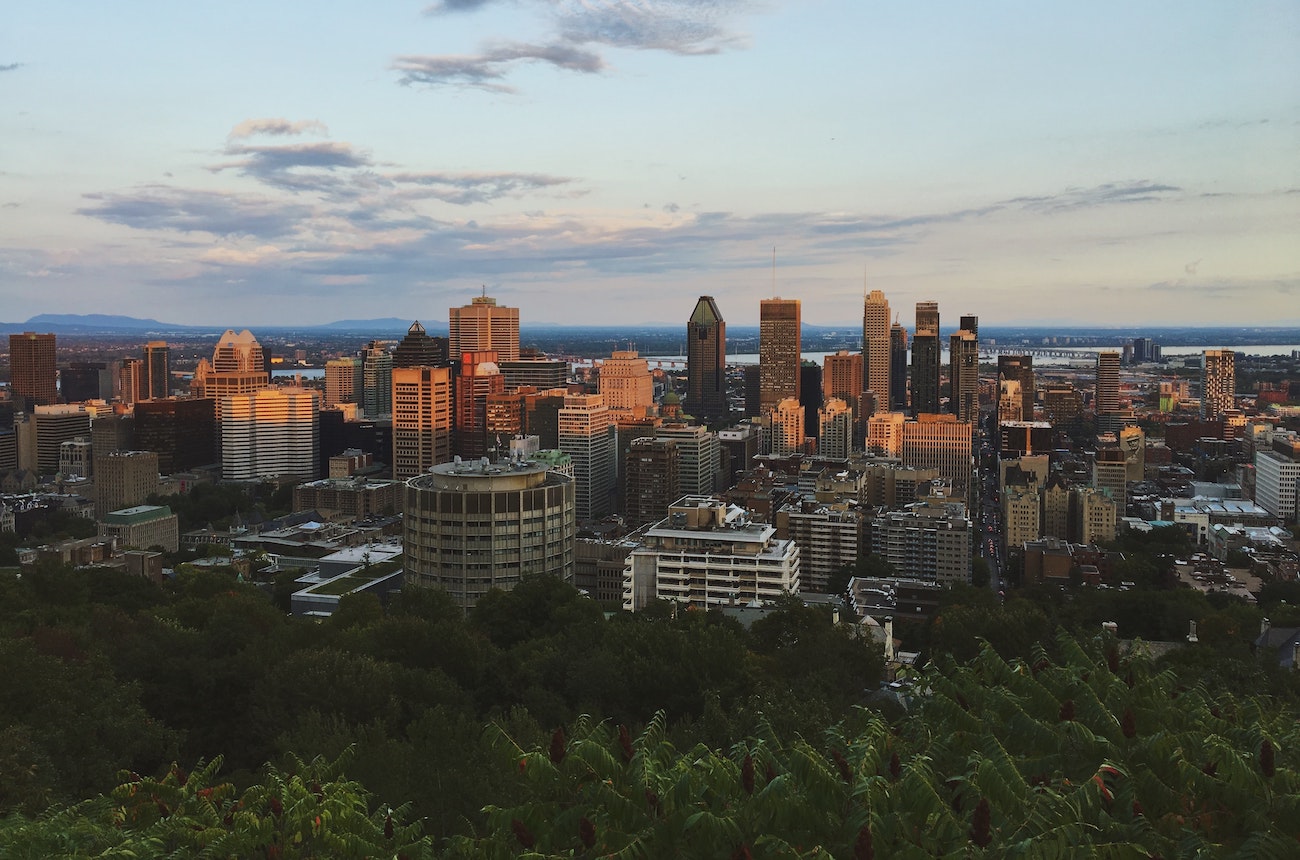 Catch this video that talks about redesigning third places, retrofitting the suburbs. Interesting facts, in American suburbs, households spend over 32% of their budget on transportation, their housing is less, ends with three challenges for the future. Excellent research and hope. 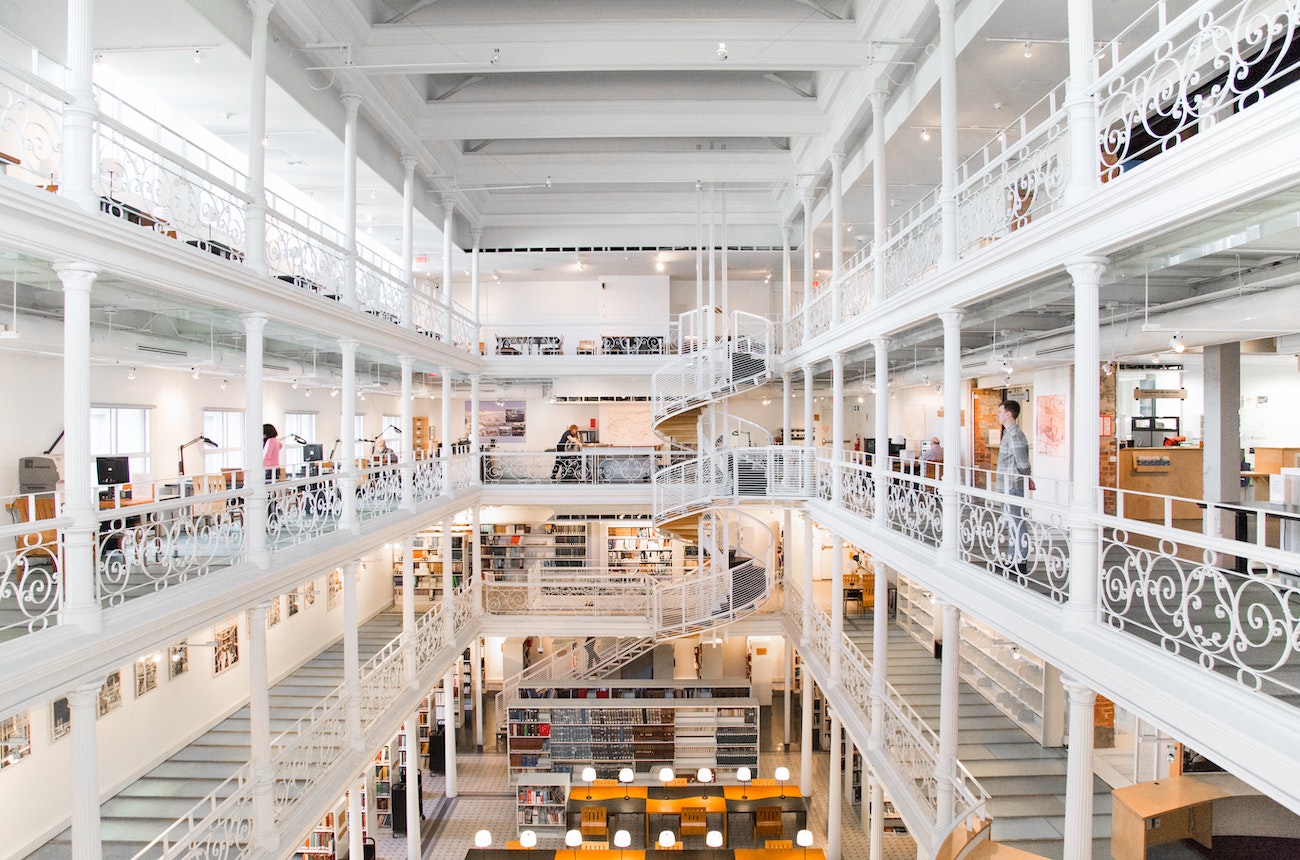 I remembered a group of people who experimented for a year in buying nothing new, this is their blog, which provides some interesting insights into how difficult it is, even when committed. It makes me think that when I am unhappy it is hard for me to separate my needs and wants, and with some of the sophisticated marketing we are exposed to, it becomes even more difficult especially when consumption is now attached to 'lifestyle'. But what is life without both form and function? 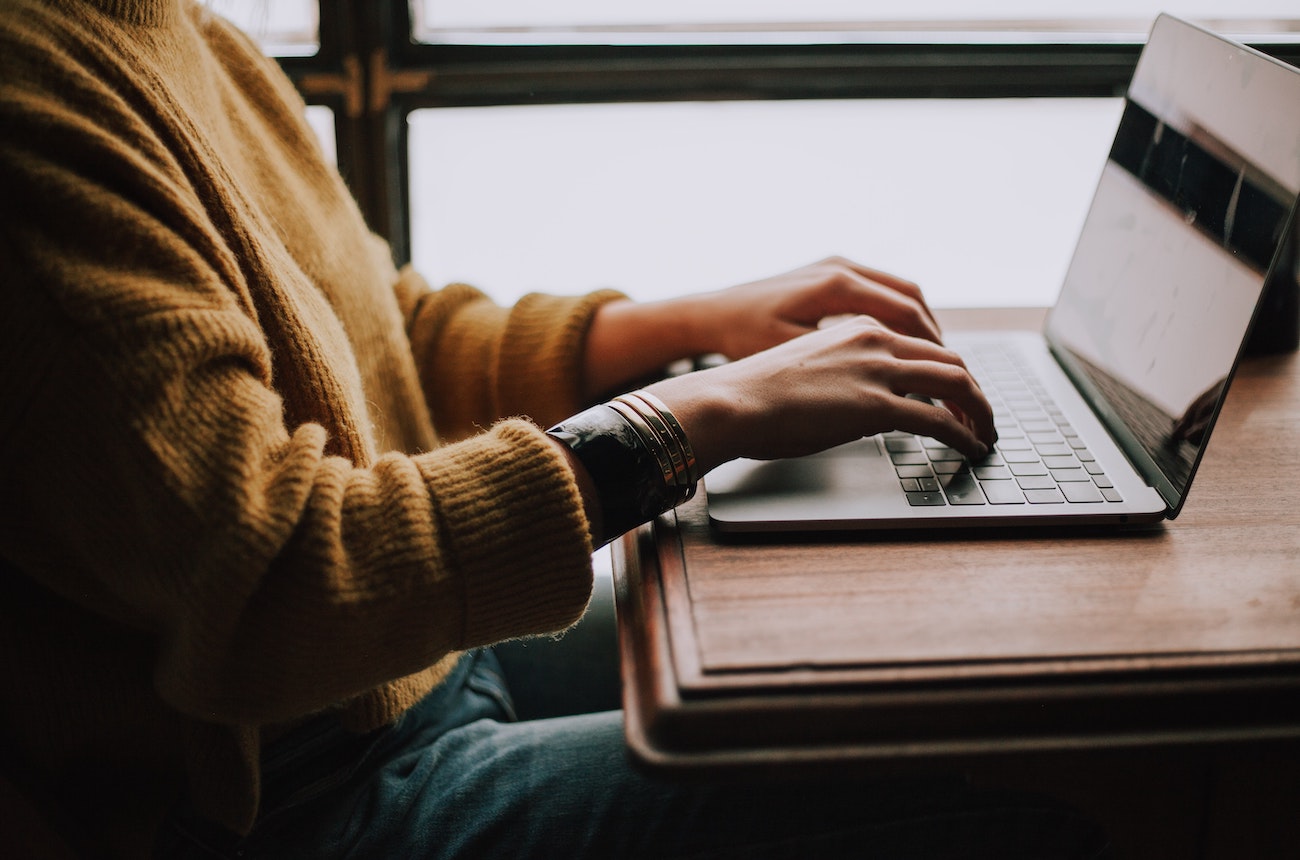 I just learned that we didn't win our recently submitted SSHRC research proposal on integrating new media into my e-Dialogues work. I was passionate about this proposal as I thought the integration of new media with our on-line work would result in new research dissemination tools and techniques. We don't have the money nor the human resources of large companies like IBM, thus, we have to be more nimble and creative in our approaches, however, I would like to be more elegant in our platform.

This website is excellent in terms of its analysis of social media infographics. I particularly liked the spectrum of online friendship--passive interest, active interest, sharing, public dialogue, private dialogue, advocacy and investment. My work in real time on-line dialogues is all about public dialogue and my dream (still) is to try and get people to tune into the discussions as you would with the CBC Ideas program. I found it interesting that Twitter is evolving into the most frequently used medium.

I do wonder about the amount of time spent on-line and how connected or disconnected a person feels from their community, and how actively they engage in their community?  And yet, many groups are now using on-line campaigns to great effect, perhaps reconciliation of space is becoming more and more important? 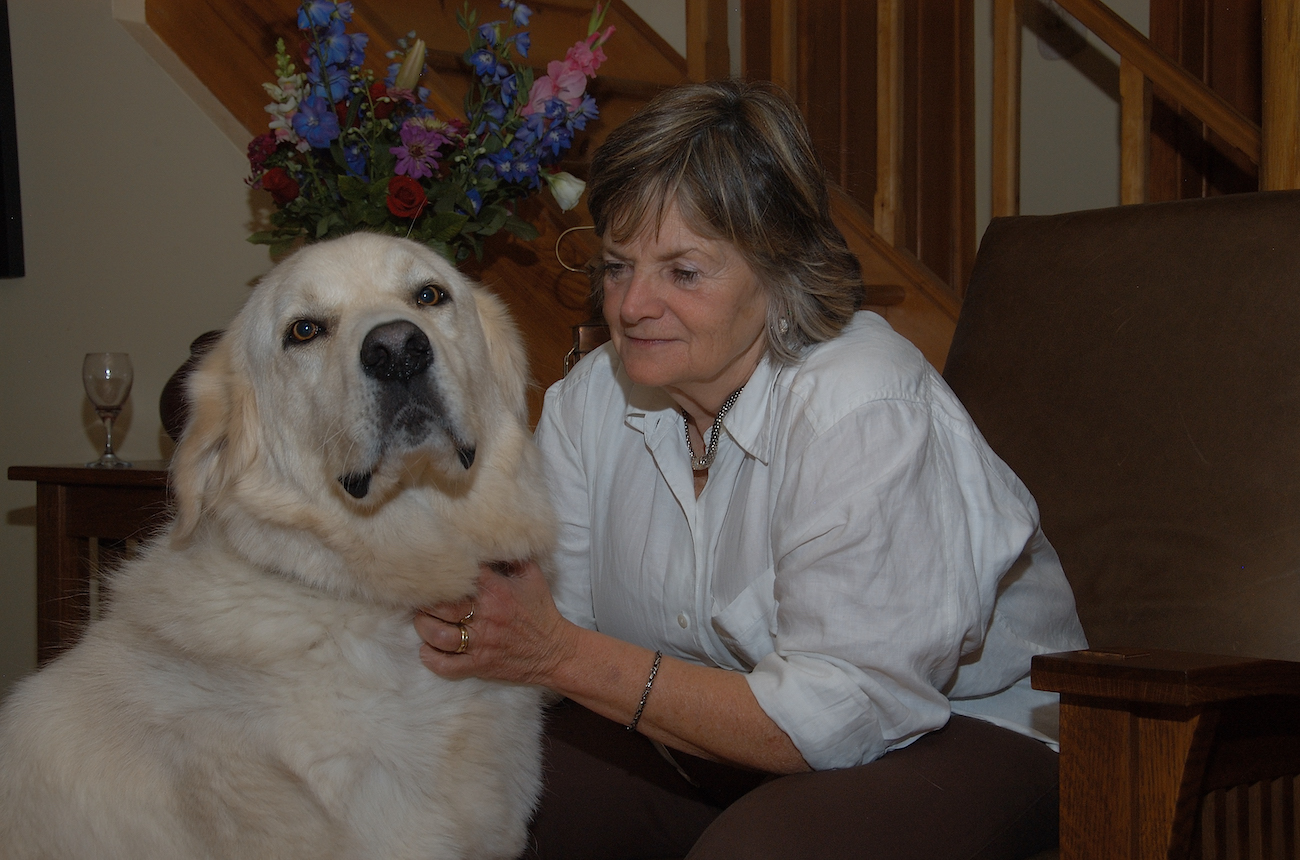 Spring is really here back East, we have not had snow since February 1st, 2010, it is the first time it hasn't snowed in Ottawa during the month of March. I find the continuing debate and the use of front groups to deny the science of climate change so ironic, just use your common sense and ask how much of what we are experiencing, you have seen in your lifetime? What time horizon should we use to validate our sense of what is right or 'normal in our world? Isn't it just common sense to reduce natural resource consumption of a finite resource, regardless of why? Why not simply reduce our impacts on the world, and do no harm, or as little harm as possible? Remember the old tale, if I step on a crack I'll break my mother's back?

A wonderful young girl  came to our lake last summer, Noeme, who was afraid of dogs, not knowing them. Our dog, Odessa Yazar, is the most balanced creature I know and he quickly won her over with his calmness, his gentleness in spite of his huge size. And speaking of balance, I recently read Sue Monk Kidd's novel with her daughter, and there is an interesting line in that book, if i concentrate on 'being' equally as on working, then my hypertension goes away. Perhaps there is a connection here with over-consumption, if I concentrate on . . . 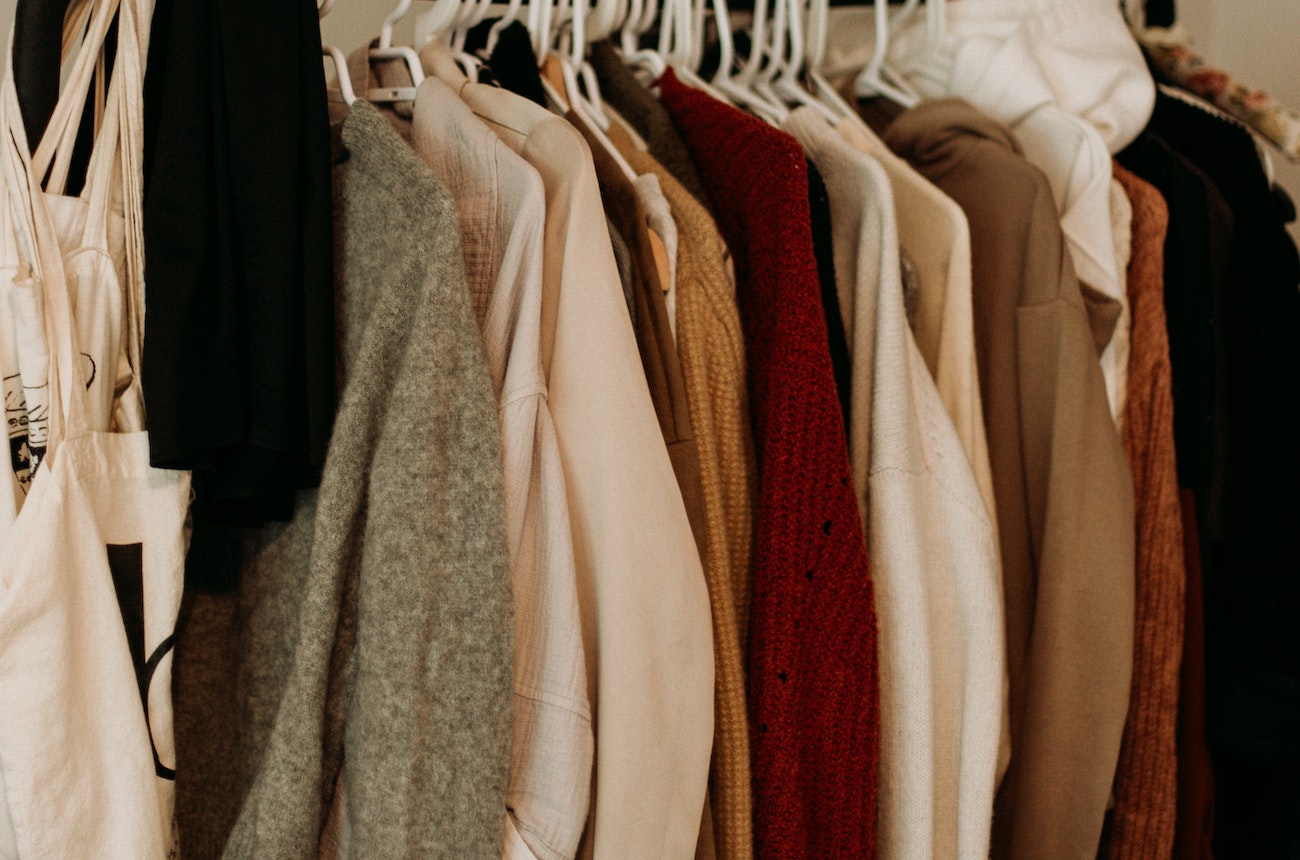 I just read a posting on the website, www.spiritualprogressives.org, and clicked on the environment section which talks about the failure of environmental movements to engage the general public. One of their proposed solutions is the idea of ethical consumption, where products are stamped as being more ethical, as a result of fair labour practices and so forth. But then I started thinking about a wider concept based on the individual, what if there was an ethical consumption movement, that challenged each and every one of us to deconstruct 'wants' and 'needs', before we bought something to ask is it ethical for me to buy this, do I need this, and why do I want this? Will it increase my happiness for more than a moment and how much of my life energy goes into buying this? Is there any way to build a movement based on ethical purchasing that builds on a person's agency and self-esteem? Has anyone heard George Carlin's routine on 'stuff'?